The elm tree is an ancient one. We see evidence back over 20 million years ago; the elm calls most of the Northern Hemisphere home.

The elm flourishes in so many soils and climates that it even grows far south of the Equator. Moreover, the elm thrives in natural and controlled environments.

While the elm lives long lives, many of the elder elms are dying. Bark beetles spread the Dutch elm disease to individual trees. Botanists are working on hybrids that are more resistant to this disease to save the species.

Overall, we use the wood from the elm tree for many applications. The interlocking grain is unique, but it makes it incredibly resistant for splitting. Despite the resistance to splitting, the elm bends well and shapes easily.

Throughout history, bow makers built bows from elm trees if yew trees were not available. Finally, we use the 35 elm species in many applications, from medicinal uses to art and literature.

Table of Contents
1
So How Many Kinds of Elm Trees are There?
2
How Large do Elm Trees Grow?
3
What Does an Elm Tree Look Like?
4
Where Can I Find an Elm Tree?
5
How Long Can an Elm Tree Live?
6
Can I Grow an Elm Tree?
7
It is Time to BRANCH out into some fun tree facts.
8
What are Some Uses for Elm Trees?
Natural Uses
Artistic Uses
Residential/Commercial Uses
9
Wrap Up

So How Many Kinds of Elm Trees are There?

The three subgenera are.

Being an ancient genus, many species are now extinct. In fact, the Dutch elm disease has destroyed many individual trees and species.

Some species still living today are:

How Large do Elm Trees Grow?

The elm tree typically grows from 60 to 80 feet. Additionally, the canopy is beautiful and full, stretching close to 60 feet wide. Some of the ancient species grew to over 110 feet tall. Most species grow close to two feet per year, but some species like the Chinese elm and the Valley Forge elm grow over three feet per year.

Overall, elm trees are large trees. Altogether, the canopy is large and spreads far. The leaves grow with jagged edges and are oval with a pointed tip. 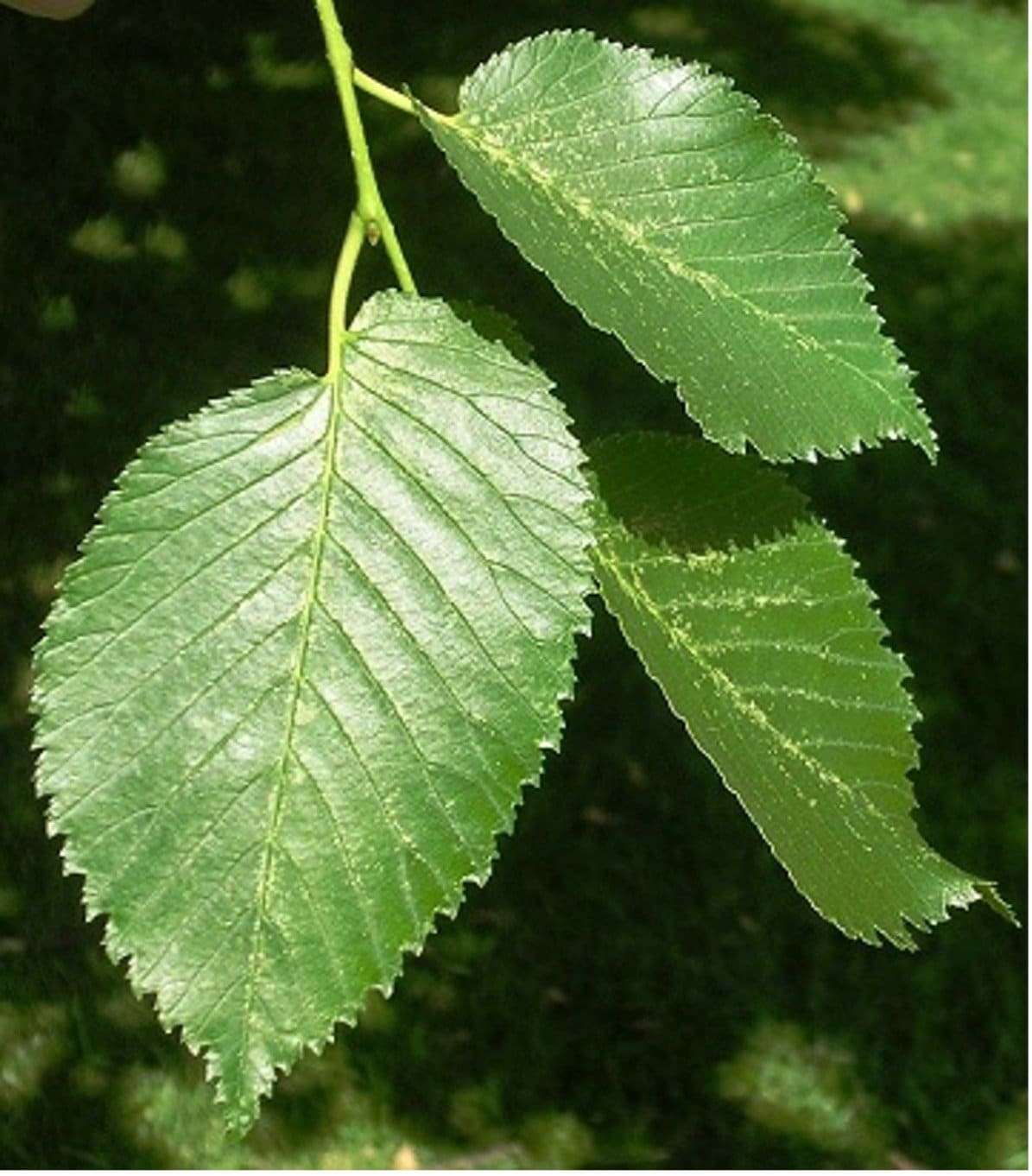 They grow close to 5 inches in length and range in color from light to dark green. Ultimately, the veins of the leaves are very visible. Generally speaking, the leaves from the elm tree change to yellow in autumn.

The bark is dark brown in color and grows with deep, vertical ridges. All in all, the bark looks like scales. 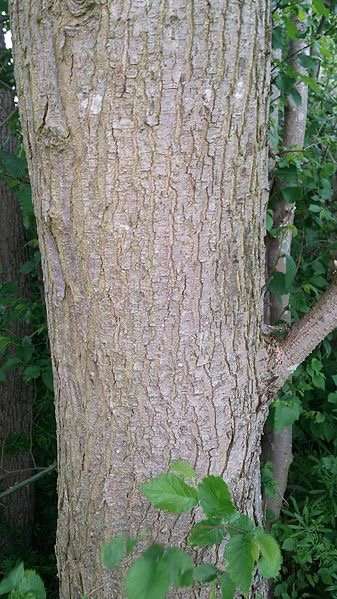 The flowers of the elm tree are small and hard to notice, but they develop into seeds. 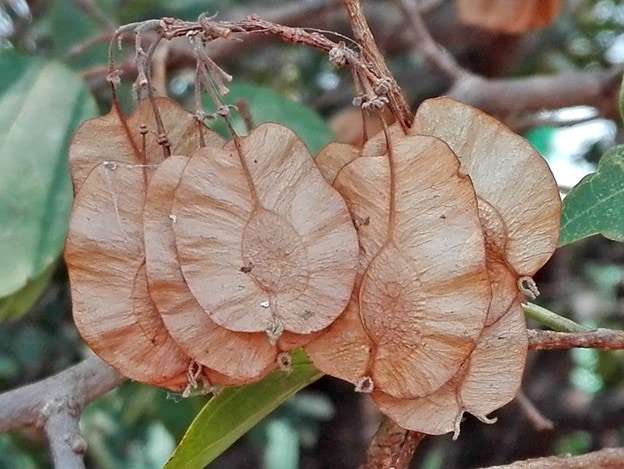 The seeds of the elm tree are small and referred to as a samara. Also, they are light green and papery. In fact, they look like apple slices. They grow in clusters and disperse in spring.

Where Can I Find an Elm Tree?

The elm tree grows across the entire Northern Hemisphere. Overall, the elm sustains many climates growing in portions of the Southern Hemisphere as well. Elm trees grow in most of Canada. On the other hand, the elm grows on the eastern side of the United States only. The furthest west it spreads is Texas. However, the elm grows from Maine to Florida and over to Texas and North Dakota.

Elm trees are native to most of Europe as well. From Norway to Italy, elm trees grow. You will find them growing from the far east of Europe over to Spain. Elm trees grow in Algeria, Israel, and even Iran.

Following along with the other continents, the elm trees grow in Russia, China, Japan, and portions of India.

In the Southern Hemisphere, you will find the highest population of elm trees growing in Australia. Additionally, they grow into the Far East in Indonesia.

How Long Can an Elm Tree Live?

Elm trees live well over 200 years. Some of the longer living species reach over 300 years. Altogether, it is a long-living species. Those growing as stand-alone trees typically fork near the ground. This gives added stability to the tree and extra protection.

The oldest elm tree grows in the Coronation Garden in the United Kingdom, and they are aged to be 400 years old.

With a growth rate of over 24 inches per year, the elm tree grows quite tall and reaches maturity in just a couple of decades.

Many diseases and pests plague the elm disease genus. However, with these diseases, many elms are not reaching their full life spans.

Can I Grow an Elm Tree?

Like many other trees, elms prefer full sun, but will settle for partial sun. It is best for well-drained and moist soil. However, they tolerate life as a standalone tree well. They also grow well in urban environments, but the strong and deep roots damage roads, sidewalks, and foundations easily.

It is best to plant elm tree saplings in early spring, safe from the last frost or in late fall. Although, the elm tolerates being planted at any time of year as it is safe from frost.

Because elm trees need adequate moisture, mulch is a necessity to keep moisture in the soil. If you enter a drought or go on a long stretch without rain, water your young tree. Once the tree is established, you will only need to water it in times of drought.

There are many hybrids that are more resistant to the pests and diseases that plague the elm trees. You can also provide protection by growing your tree as a standalone tree and treating it with pesticides.

It is Time to BRANCH out into some fun tree facts.

What are Some Uses for Elm Trees?

The elm tree has been the choice ornamental tree by the United States for many historical applications. In fact, Central Park is home to over 1200 elm trees, which are over half of the park’s trees. Some trees are over 150 years old. The botanists in the 1980s performed many countermeasures to protect the trees from the Dutch elm disease. That being said, the measures successfully protected them.

Like the trees in Central Park, you will see towering elm trees along the National Mall. These trees are younger than those in Central Park and are only 90 years old. However, Dutch elm disease trees plagued these trees earlier than in Central Park, but countermeasures were taken there as well, and the stand has been mostly protected.

Medicine people use elm for many herbal remedies. It creates an excellent salve for wounds and skin infections. Many take it orally to treat coughs, sore throats, and digestion issues.

Artists use the elm tree often in their artwork. Many artists add them to their landscapes for their beautiful foliage and long branches.

The elm tree is an ancient genus, and we find references as far back as the Iliad. When Achilles is killed in war, the nymphs plant elms on his tomb as they are the guardians of death.

Authors mention the shade of the elm tree often for its place of peace. Shakespeare himself mentions the elm tree in some of his works.

Throughout history, the elm holds significance in revolutions and politics. The very first resistance meetings of the American Revolution were under the “Liberty Tree,” which is a white elm in Boston, Massachusetts. Other countries and cultures used the elm tree to symbolize their own revolution, from the French to the Greek.

We use elm in many applications. The wood is smooth and light brown. All in all, it is a durable and resistant wood. The wood boasts remarkable bending properties and is quite resistant to splitting. Because of this, the elm wood is an excellent choice for shipbuilding. It is the best choice for wheel hubs. Also, it is one of the leading choices for coffins. While elm is resistant to rot when permanently wet, like as a beam in a pier, it is not resistant to ground contact. So, we do not use it for buildings outside, decks, or residential applications.

The elm tree and humans share a long history. Because of the resistance to splitting and water damage, we use the elm in many places from ships, piers, and barrels. It is a tree that grows in many climates across the entire planet. You will find elms growing in Northern Canada, Australia, and everywhere in between. Out of the 35 species, many of them are plagued by the Dutch elm disease. However, botanists are developing hybrids and cultivars to protect the genus. We are losing many ancient elms from pests and diseases, and we need to protect them. Protecting your tree will be easy by picking hearty species and treating with pesticides.