What Are The Most Common Softwood Trees?

Almost all the softwood trees are evergreens, keeping their needles year-round.

Softwood trees start from seeds that do not have any protective coating. Additionally, softwoods produce cones.

Although softwoods are less dense than hardwoods, they are not weaker. In fact, pine is a softwood and one of the most used timbers in construction. Softwoods have a simpler finish because it is lacking the deeper grain seen in hardwoods.

However, there are some trees that still display a beautiful finish. Its lower density also makes it easier to shape. This lends softwoods to be the leading choice for molding and window work. Softwood trees grow faster than hardwoods and so are more abundant.

To learn more about the differences between hardwood trees and softwood trees, Read More.

The Most Common Softwood Tree Families

The most common softwood trees genera of trees are grouped in 3 families.

You may be wondering what a tree family, genera or a genus is, if you are, read this article here.

From the 30 genera, the Cypress Family includes 140 species. Also, the bark of the trees is generally red-brown or orange-brown which will peel in long strips. Moreover, the leaves are small and needle-like.

The Cypress family grows widespread around the world. Especially the Juniper, it grows in both hemispheres and in many climates. The seeds may be coated in a fleshy berry or woody.

The Cypress family is full of giants. All four of the species below grow to over 200 feet. Overall, they hold the record for oldest, widest, tallest, and most widespread.

Coastal redwoods are resilient softwood trees. It is difficult to burn, resistant to water as well as fungus, and is not plagued by insects. Coastal redwoods only grow in Northern California and Southern Oregon. This is because that area is the perfect climate for these beautiful trees. Moreover, coastal redwoods can grow to 350 feet in height and 15 feet in diameter.

To learn more about the Coastal Redwood, Read More.

Juniper trees are the most widespread genus in the world. They adapt to almost any environment. You will find them growing from the Arctic up to the Northern Hemisphere.

Also, the juniper needs a significant amount of water to the point it takes all moisture from the ground and kills other plants. Gin manufacturers use the berries from juniper trees as the primary flavor. They grow to varying sizes (between 60 and 130 feet) and are slow growing. The leaves are bluish or silver.

To learn more about the Juniper Tree, Read More.

Giant sequoias are another towering species growing exclusively in the Western United States. In fact, this genus holds the record for both girth and height amongst all trees.

It is an ancient species with individual trees living for thousands over years. Because of overlogging in the 1800s, the genus is endangered. With forest fires and a limited habitat, the species is struggling to thrive.

To learn more about the Giant Sequoia, Read More. 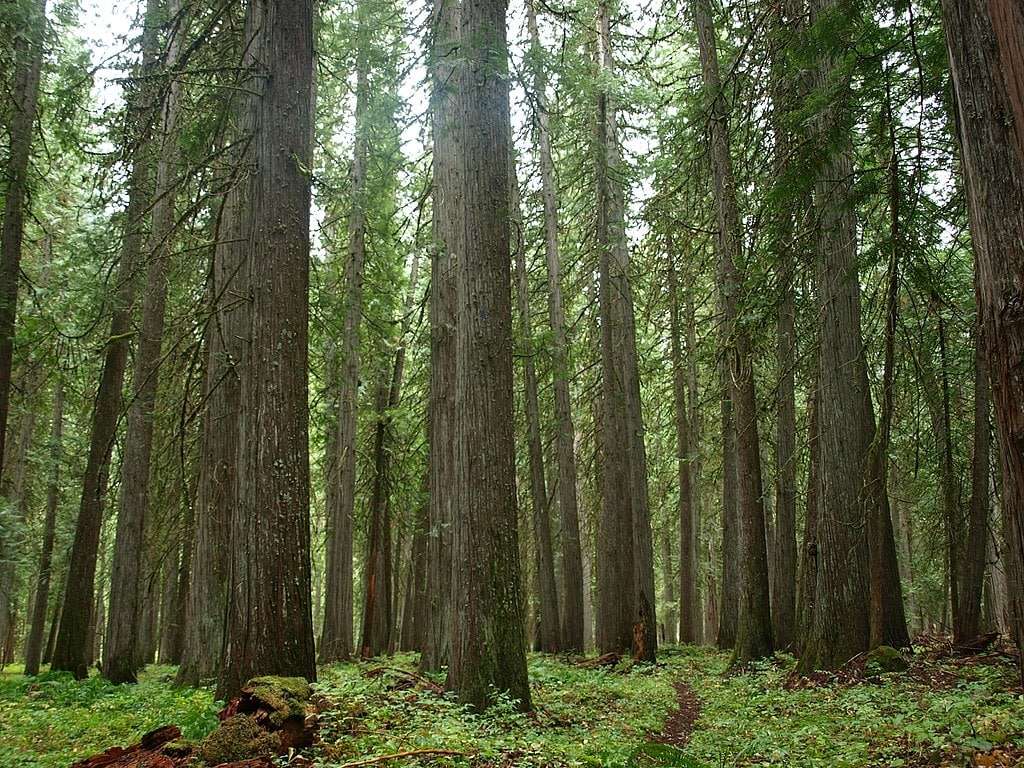 The Western Red Cedar is not a cedar at all. It grows across the Pacific Northwest with a pretty significant spread of habitat. While it does not grow quite as tall as the other Western giants, it still reaches close to 200 feet. With the forest fires of California, the Western Red Cedar is under threat. They are very susceptible to fire and burn easily.

Loggers determined this is a difficult tree to work with. Cutting them down causes significant breathing issues. Many Native American tribes depended on this tree to construct rope, canoes, weapons, and even shelters.

To learn more about the Western Red Cedar, Read More.

The Pinaceae family are widely known conifers. Many of these trees are the staple of Christmas tree sales around the world. Moreover, there are 11 genera in this family including 250 species. Almost all these genera grow in the Northern Hemisphere but grow in a wide range otherwise. They grow well in temperate climates and will grow in both extremes of subarctic and tropical.

The Pine Family grows to a wide variety of heights. However, the shorter species are targeted by Christmas tree farmers. The trees produce pinecones which are woody scales. Pine trees grow needles that range in texture, length, and color. In fact, some of the trees sport blue-green needles.

This family contains the Fir (Abies), Cedar (Cedrus), Larch (Larix), Pine (Pinus), Spruce (Picea), and the Douglas Fir (Pseudotsuga). Overall, the family is younger and the genera do not see the same length of lives as the Cypress family. 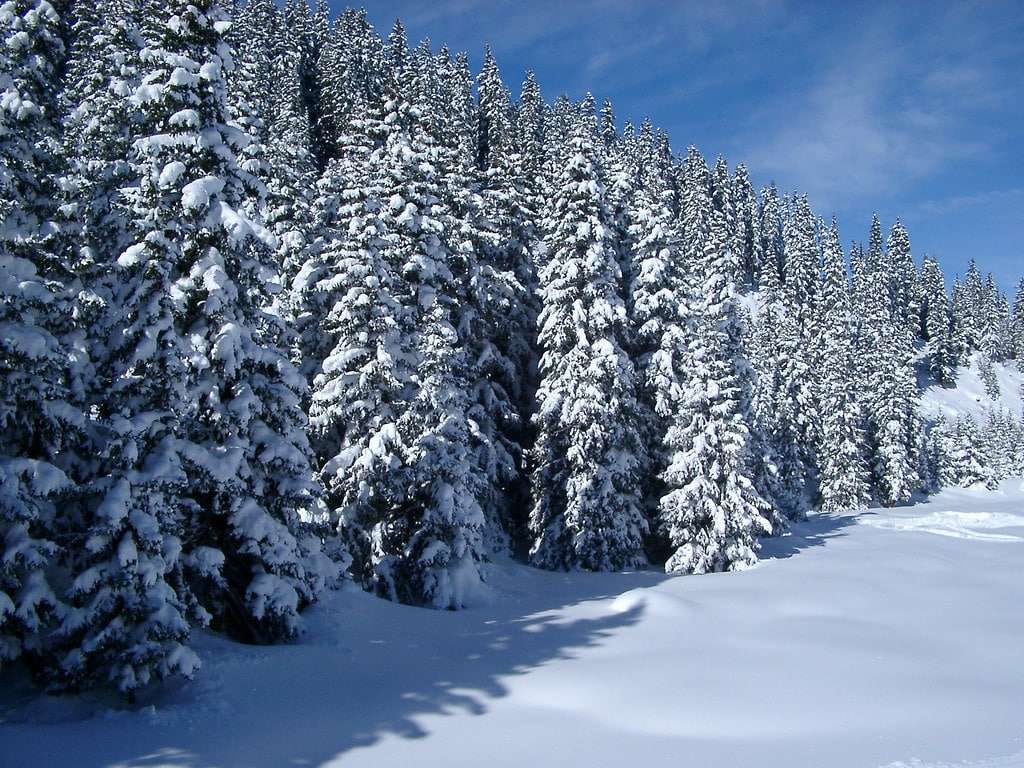 To learn more about the Fir Tree, Read More. 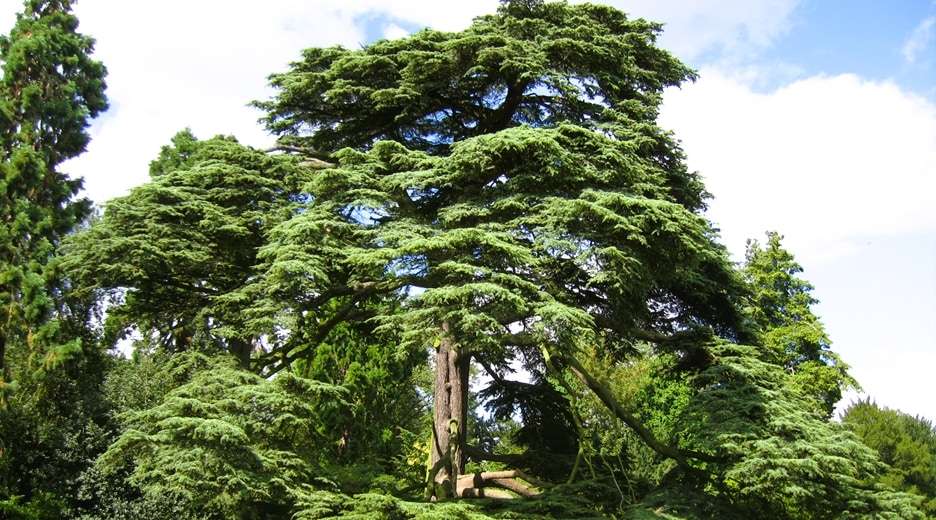 The cedar tree is native to the Mediterranean region of Europe. Any variety found elsewhere is a variant and not a true cedar tree. Cedar wood is very aromatic and repels insects well. All things considered, this makes it an excellent choice in manufacturing furniture for clothing such as dressers and wardrobes.

The native cedars grow to 200 feet tall where the transplants and variants are much shorter, measuring closer to 80 feet.

To learn more about the Cedar Tree, Read More. 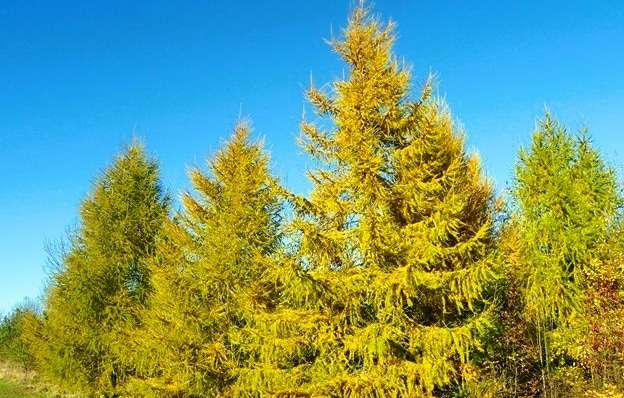 Larch trees are conifers that grow to great heights. They grow to over 100 feet in height. Overall, larch trees grow into tall, thin trees. The larch tree is prone to fungal diseases and sometimes needs to be treated. Yacht manufacturers use larch wood because it is so waterproof and durable.

Furthermore, it is a high-quality piece of lumber. In its most suitable climate, larch trees will grow two feet a year. Unlike most conifers, larch needles turn yellow and fall off in autumn. Larch trees do not live long lives. However, a cluster of trees has surpassed all challenges. It is estimated to be 850 years old.

To learn more about the Larch Tree, Read More. 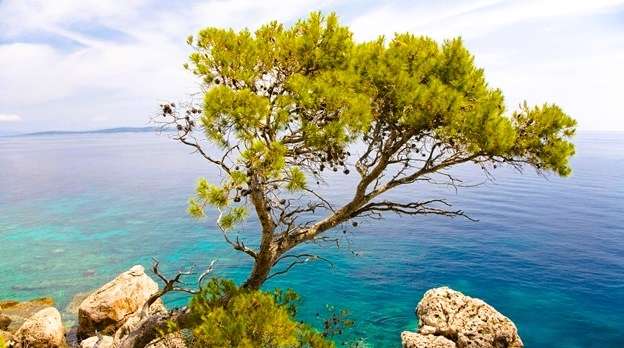 Pine trees are popular in construction. They grow across the Northern Hemisphere. Pine trees are one of the biggest contributors to air pollution. Uniquely, gases emit from them that react poorly with our air. Pine wood is high value and used throughout all of carpentry. Furthermore, there are 125 species of pine trees and so their top height varies between 50 and 100 feet.

To learn more about the Pine Tree, Read More. 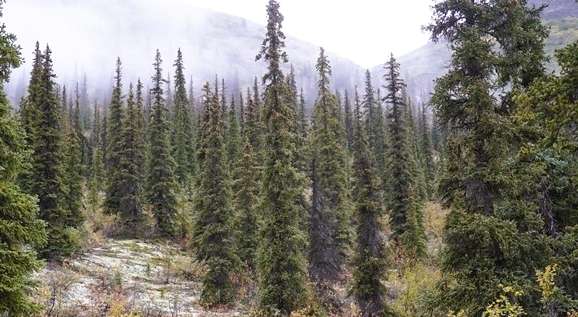 Spruces are beautiful conifers that can also double as Christmas trees. However, their needles are much sharper, which makes them difficult to decorate. The wood from a spruce tree is used in high-end applications, such as musical instrument construction. It is also used in boat and airplane manufacturing. Spruce trees can grow to 200 feet in height.

To learn more about the Spruce Tree, Read More. 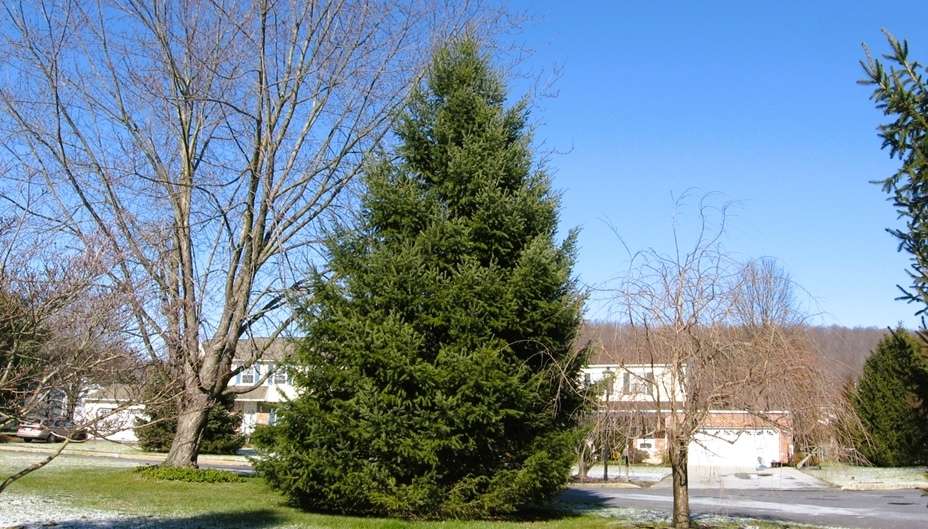 The Douglas fir is not a fir at all. Douglas firs grow along the Western coast of the United States. Similar to other trees growing along the coast, Douglas firs can be skyscrapers. Often reaching 300 feet, these conifers are long-living giants. T

hey will grow in many different climates but thrive in areas where winters are cold, and summers are hot. In your backyard, your Douglas fir will not reach the same heights. Douglas firs were used to treat many ailments from coughs to stomach ulcers.

To learn more about the Douglas Fir, Read More.

The Taxaceae family contains 6 living genera. Unlike the previous large families, the Yew family is much smaller with only 30 species. All species are evergreen conifers but grow to small sizes.

For many years, scientists believed that the Yew family was not part of the conifers at all. It was considered a different Order. Also, these trees do not produce a resin or a strong scent. The bark is scaly. It grows across the Northern Hemisphere and in small portions of the Southern Hemisphere, mostly in Asia.

The largest genus of the family is The Yew (Taxus) genus. 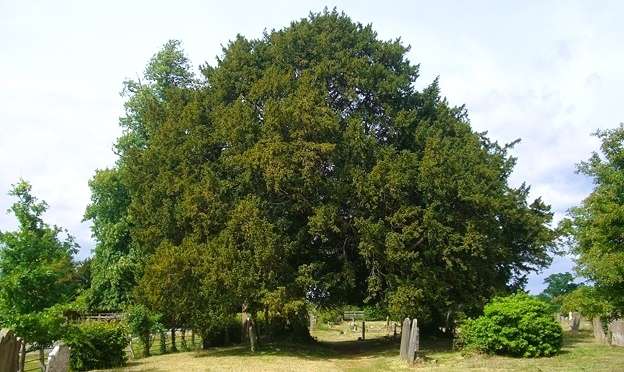 The yew tree is one of the oldest genera of trees still alive today. Yew trees grow into a gorgeous full canopy, but is not very tall. It is a slow growing tree which produces berries. However, almost all portions of the tree you consider edible are poisonous to animals and humans.

The berry it produces is not poisonous, but the seed is inside. Yew trees do not grow in rings like most other trees and so they are difficult to age when cut. Throughout history, the yew has been associated with death. Therefore, it is planted in churchyards and graveyards.

To learn more about the Yew Tree, Read More.